The spectacular site of medieval Windsor Castle encapsulates nearly 1,000 years of British history and is surrounded by beautiful gardens and the picturesque English countryside. Originally built by William the Conqueror after the Norman invasion, from Henry I all the way through to our current Queen, successive monarchs have lived here and left their mark on what is now the oldest and largest continuously occupied castle in the world. The estate covers an area of 26 acres and as well as the royal palace, contains the magnificent St George's Chapel and the homes and workplaces of more than 500 people.

In 1992 fire destroyed or damaged more than 100 rooms at the Castle. By good fortune the rooms worst affected were empty at the time, and as a result, few of the Castle's artistic treasures were destroyed. The highly acclaimed restoration work, completed in 1997, is a testament to the extraordinary skills of some of the finest craftsmen in Europe.

A visit to Windsor Castle lasts between two and a half to three hours. Visitors can view the exhibition in the Drawings Gallery and tour the State Apartments, Queen Mary’s Dolls’ House and St George’s Chapel at their leisure using the complimentary audio tour, which lasts approximately two hours. Guided Tours of the precincts, which are included in the admission price, depart at half-hourly intervals and last 30 minutes.

The sumptuous State Apartments are furnished with some of the finest works of art and treasures from the Royal Collection, including paintings by Rembrandt, Rubens, Canaletto and Gainsborough. The beautiful 15th-century St George's Chapel is one of the finest examples of Gothic architecture in England. It is the spiritual home of the Order of the Garter, the senior order of British Chivalry established in 1348 by Edward III. Within the chapel are the tombs of ten monarchs, including Charles I, Henry VIII and his third wife Jane Seymour. Among the highlights of a visit to Windsor is Queen Mary's Dolls' House, a masterpiece in miniature and arguably the most famous dolls' house in the world. Designed by British architect Sir Edwin Lutyens in the 1920s, it took three years to complete, boasts electric lighting, hot and cold running water, a fully stocked wine cellar, two lifts and even flushing lavatories and involved over 1,500 craftsmen, artists, manufacturers and authors.

During the winter months from October to March visitors can also enjoy an additional five rooms, known collectively as the Semi-State Rooms. These rooms were George IV's private apartments and are among the most richly decorated interiors in the Castle. The East Terrace is also open to visitors during August and September. Overlooking Home Park and the rose garden created for George IV in the 1820s, it offers views of the East façade of the Castle, not normally visible to the public.

Access
Most public areas are accessible for wheelchair-users, including the State Apartments. Wheelchairs can be borrowed, free of charge, from the Visitor Centre. All visitors who require an access companion are entitled to a complimentary ticket.

The ticket sales desks, shop till counters and the audio tour collection and return points are equipped with induction loops.

The Visitor Information leaflet and audio tour transcript are available in large print.

Assistance dogs are welcome and water is available on request. 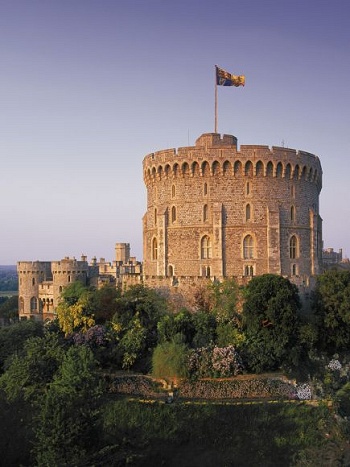 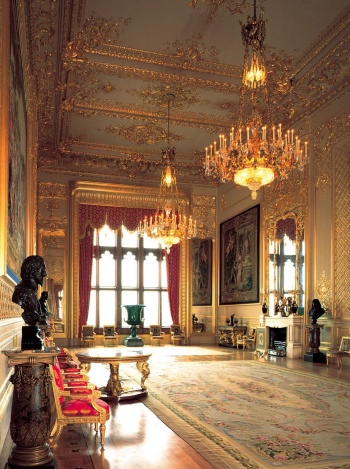 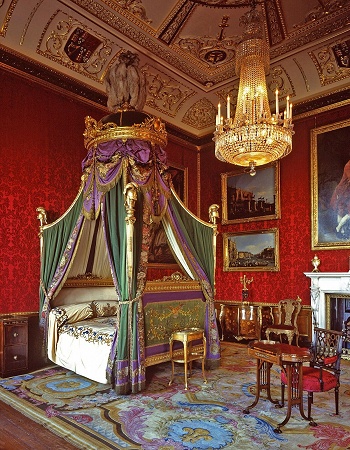