Deep in the heart of England and only a few miles from Shakespeare's Stratford, lies the magnificent Warwick Castle developed from a wooden fort originally built by William the Conqueror during 1068. Set against the impressive backdrop of the River Avon, this imposing fortress has stood to tell the tale of the last 1,000 years and today still captivates visitors from around the world.

Once inside the Castle walls, the stark contrasts throughout its thousand year history are brought together, each telling their own intriguing story. From the soaring ramparts and towers and the chilling dungeon and Ghost Tower to the grandeur and elegance of the Great Hall, State Rooms and Victorian Royal Weekend Party and the conspiracy and courage of the medieval Kingmaker.

Visit the Castle Dungeon and gaol if you dare and journey back through over 300 years of the castle's darkest history when the town was gripped by the plague. In true dungeon style, gore seekers will be greeted by decaying bodies, chanting monks, torture implements, execution and ‘the labyrinth of lost souls’ - a fantastic scary mirror maze.

Warwick Castle is brought to life, not only by the magnificent and varied attractions it has to offer, but also with its extensive, all year special events including the Wars of the Roses jousting spectacle and the Falconer’s Quest, the ultimate Bird of Prey show.

Opening Times
April to September
Open daily from 10am until 6pm

October to March
Open daily from 10am until 5pm

By Road
The Castle is less than two miles from junction 15 of the M40 and is well signposted.

Access
Warwick Castle was built as a medieval fortress and, as such, it has a large number of steps and narrow doorways which present limitations for mobility restricted guests.

The lower level of the house is accessible to wheelchairs, unfortunately it is not possible for wheelchair users to gain access to many of the indoor attractions at the Castle such as the upper level, the towers and ramparts. These attractions have steps at the entrances and exits and there are narrow corridors throughout.

The pathways through the grounds are all tarmac and enable access around the 64 acres of beautiful grounds and gardens. 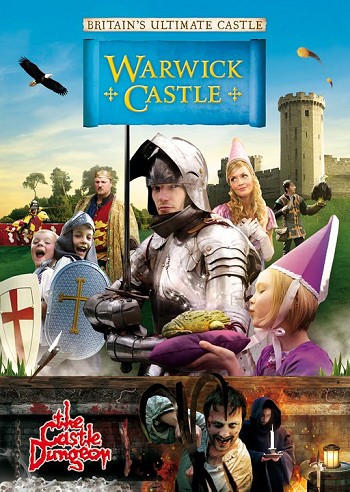 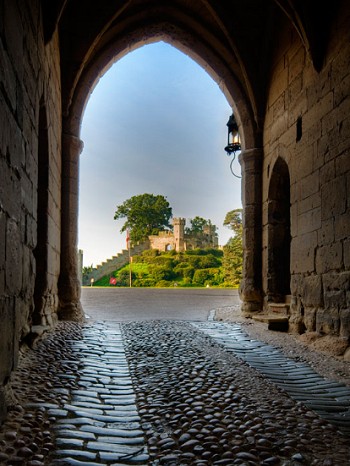 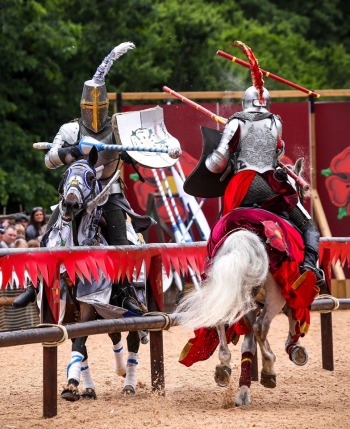 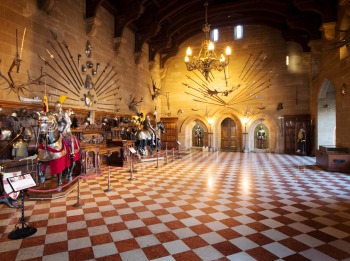