During the autumn of 1888, terror struck London's East End when Jack the Ripper came out of the fog and dimly lit alleys just long enough to stalk and butcher his five victims. To this day the case remains unsolved with numerous theories put forward by amateur sleuths and ripperologists alike. Come and investigate the case for yourself - who was Jack the Ripper?

During this walking tour you will follow the shadowy trail left by Jack the Ripper through East London’s Whitechapel. You will begin at Trader’s Gate before continuing down Aldgate High Street to Mitre Square where the serial killer infamously claimed two unlucky victims and left their bodies in the street.

The next stop is Goulston Street, where arguably the most vital clue to solving the case of Jack the Ripper could be found. Ramble down Commercial Street before arriving at notorious Hanbury Street, where the body of horrifically mutilated Anne Chapman was discovered. Play detective and discover the story behind the unidentified killer on this ominous and entertaining walking tour. 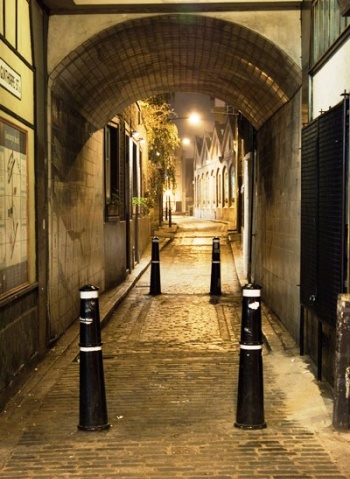