Situated in beautiful tranquil surroundings on the banks of the River Thames, Hampton Court Palace promises a magical journey back through over 500 years of royal history.

For almost 200 years, Hampton Court Palace was at the centre of court life, politics and national history. Although often identified with Henry VIII, its history was influenced just as much by William III and Queen Mary II in the late 17th century.

Many great Royal events and dramas took place within these walls, with each successive monarch leaving their own unmistakable influence on the Palace. The Great Hall and Chapel, built by Cardinal Wolsey, belong to Henry VIII's time. As you pass from room to room you will see sumptuous examples of decoration, furnishings and Renaissance paintings, which will leave a lasting impressions of the manner and style in which the Royals of the time lived.

Hampton Court Palace also contains an important part of the largest private collection of art in the world, the Royal Collection, the property of Her Majesty Queen Elizabeth II. This collection, which covers 500 years, is complete and Hampton Court contains much of the most important material from the 16th, 17th and early 18th centuries.

The gardens cover nearly 60 acres and are some of the most beautiful in London, with acres of wilderness contrasting with manicured hedgerows and rosegardens, definitely worth rambling around when you've viewed the Palace itself.

The Maze at Hampton Court is probably the most famous hedge maze in the world. It was planted as part of the gardens laid out for William of Orange between 1689 and 1695 by George London and Henry Wise.

Hampton Court Palace is closed 24-26 December (inclusive). On Sundays the Chapel Royal is only open to palace visitors from 12.30pm to 13.30pm. The gardens are open all year round from 7am until dusk. 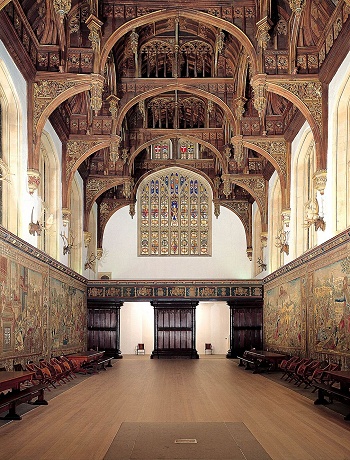 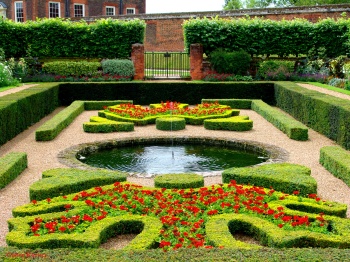